On New Year’s Eve, I headed off to take my winter vacation from work. It felt strange that time had gone by so quickly that it was already time for a break. I still somewhat feel like I’m on vacation in Korea. Taking a vacation from another vacation was a new experience. Usually, I would call it an adventure or an exploration, but I think a vacation is the correct term for this trip.

I packed only a small backpack of summer clothes and flip flops. I had forgotten what it felt like to wear shorts; my body has been suffocating in three layers of clothing this Korean winter. After a visit to Vora in Seoul, an overnight sleep on a bench at the airport, a squished four-hour flight to Manila, a five-hour layover of playing Sudoku, and another two-hour flight to Davao, I made it to Daryl in the island of Mindanao. It was clear that I was a foreigner. My skin looked like it never saw the sun and I was wearing a sweater and long pants while carrying my winter jacket into the tropical environment. It was also a strange feeling to see someone so familiar in an unfamiliar setting. I sort of felt like I was back in Jacksonville again.

Daryl’s cousin, Jung, drove us back to his house where I was warmly greeted by his wealthy family and two maids. There was a feast set on the table ready for us to dig in after I changed into summer clothes. Since I know how much Filipinos lovingly force you to eat, I prepped my stomach by eating only a yogurt that day. Everything looked delicious. I ate well. It reminded me of Daryl’s church’s pot lucks. Stuffed, I was ready to take a walk or relax until midnight came. It was New Year’s Eve after all.

“Save room because there will be another dinner at midnight.”

It was just the beginning of the endless meals and snacks and coffees I was about to consume over the next two weeks. After getting a driving tour of Davao and picking up even more food at a bakery, 11:00 came before I knew it and my butt was parked back at the dinner table with a feast equally as large as the previous meal only a few hours ago.

One of the many dinners

Even though only Daryl’s maternal family hails from the Philippines, it is gigantic. I met some wonderful people and ate in so many homes. Their hospitality and selflessness never ceased to amaze me. They warmly welcomed me and allowed me to experience the beauty of the Philippines. It was like their number one goal in life was to make me comfortable and show me a great time.

Every day was a new adventure. We stayed at a different family member’s home almost every night, tried some exotic fruits, took a scenic trip to General Santos, went swimming in a natural spring, wakeboarded and ziplined for the first time, fought in front of Manny Pacquiao’s house, walked more malls than imaginable, had some wonderful oil massages, went on a boat tour, had dinner with a full view of the city night lights, went to a random child’s birthday party at Chickies and Patties, and saw more eagles than imaginable.

The unfortunate weather put a damper on things. I wasn’t able to go snorkeling like I had counted on, but perhaps I’ll leave that for the next tropical island I find myself on. Staying with family while traveling was new for me. Usually, I would CouchSurf or stay at a hostel, explore places by foot, and do lots of hiking. This time, Daryl and I were treated like loyalty and were constantly protected by security guards that are aunties and cousins. We couldn’t really be alone and explore ourselves. That was difficult for me to get used to. It was a cultural difference that I had to accept. I just felt terrible when these kind people of a third world country, some of whom have no running water, want to treat me. It should be the other way around, but they would fight me when I tried to pay for things. When I handed the cashier the cash for ziplining, Jung actually took it from her hand and gave it back to me. “You’re not paying for this!”

While I enjoyed my two weeks in the Philippines, I was ready to go home to Korea for Part II of winter vacation with Daryl.

View from the line I was about to zip down 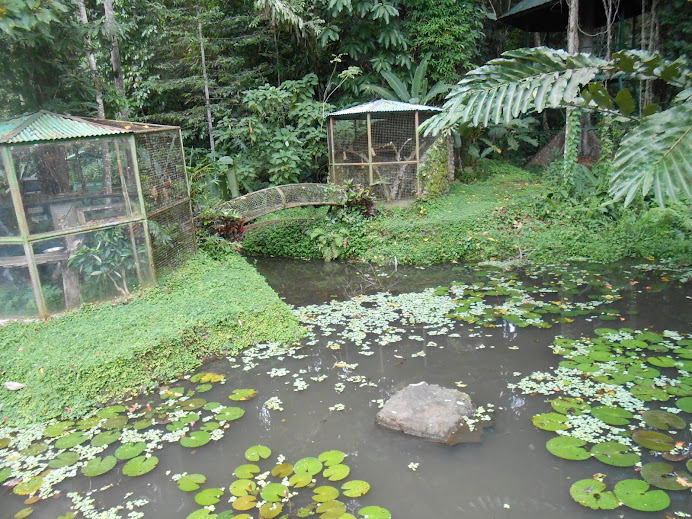 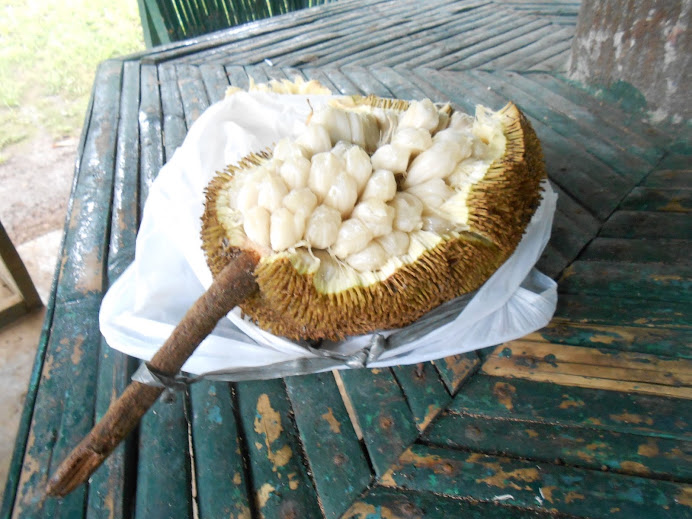 One of the many interesting fruits I tried. This is not durian. 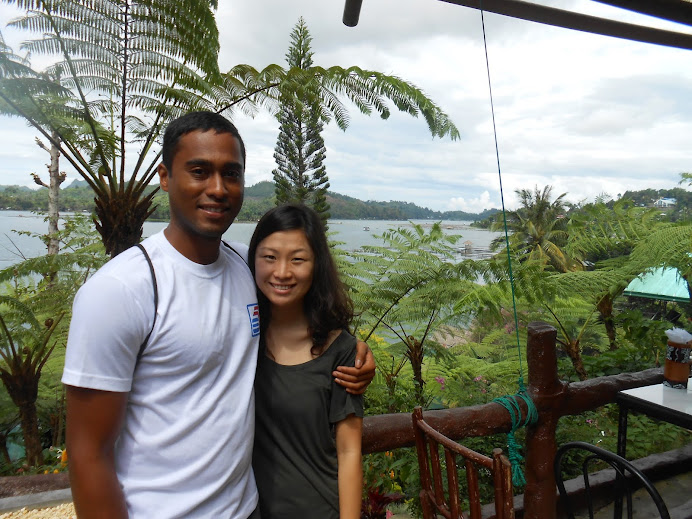 Throwing rocks at this creek in General Santos

Ultra modern malls that contrast with the chaotic outside world

Great view of the city and great food

Ziplining upside down and almost falling out of my harness

SOME of Daryl’s Family

One thought on “Winter Vacation: The Philippines”